LENZ’s work can be found at:

This game can also be played by downloading Felipe Manga’s Arduboy Emulator and dragging and dropping in the hex file. 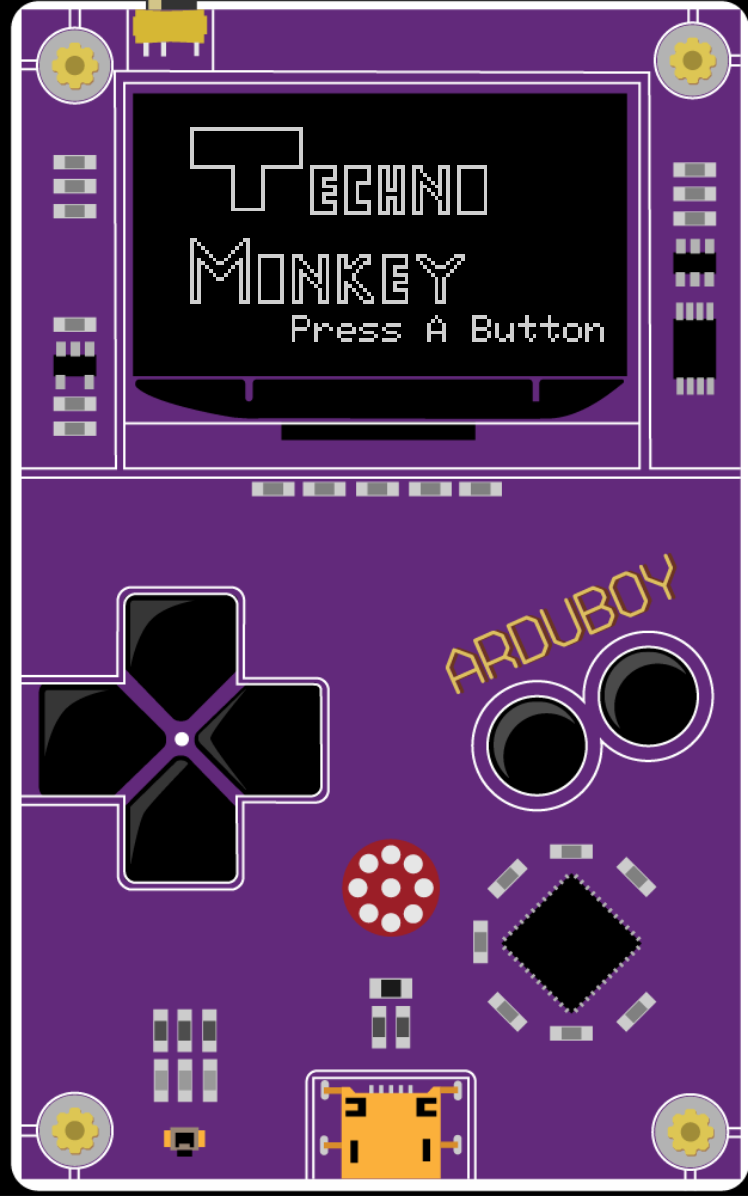 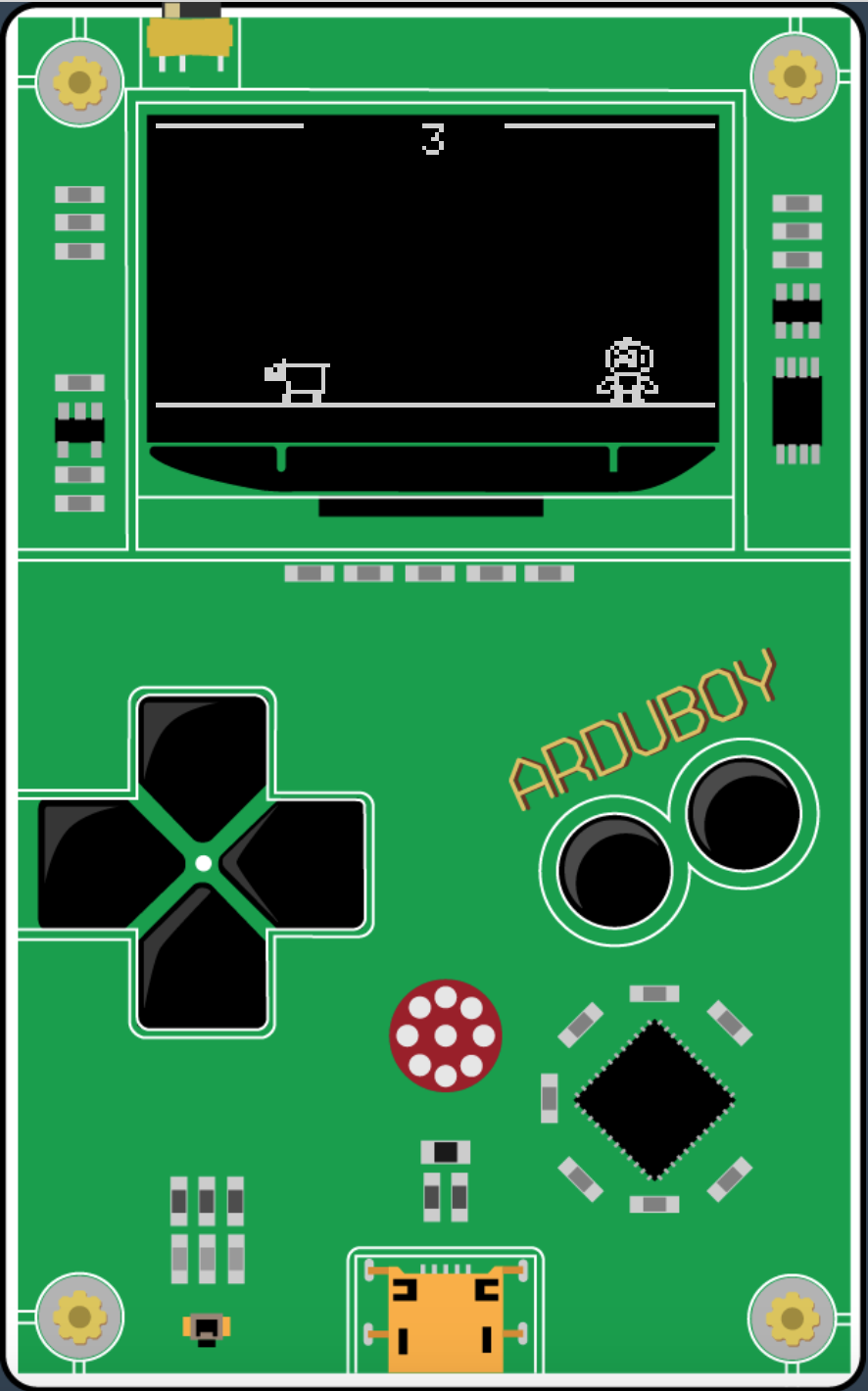 A meteor crashes in a zoo during the night.

An alien virus spreads to the residents in the zoo and causes them to mutate into robot hybrids called Technoids.

Do to the outbreak, the zoo has been under quarantine.

It is a fight for survival inside.

Can you beat the opposing Technoids and survive?

You control the Techno Monkey, and you must stop the 6 other Technoids that are running rampant in the zoo with your newly acquired buster.

A button shoots weapon during fight

B button select boss on map screen, jumps during fight

Down button pauses and unpaused game during fight

Using an Arduboy game uploader that supports .hex files, or any other tools that can upload .hex files to the Arduboy, upload the .hex file to your Arduboy.

Rename file from TechnoMonkey-master to TechnoMonkey then upload to Arduboy using the Arduino IDE.